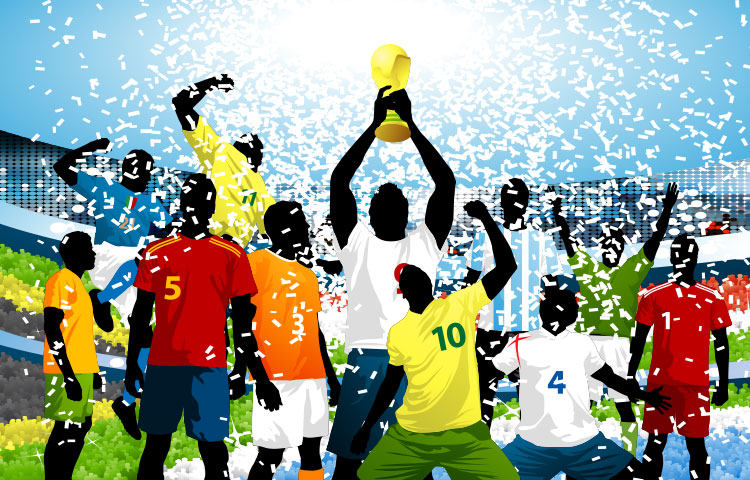 Companies spent just more than $17 billion on sports sponsorships in 2018, according to projections from IEG. That’s 70% of the total North American sponsorship market. Across all sports, sponsorships have become a massive part of the business taking place off the field of play. They have a tremendous impact on sports leagues, teams and fans alike.

As sports have evolved over the years, so have sponsorships. The explosion of sponsorship dollars in the late 20th century was fueled by television, and now the internet has completely altered how sponsorships work. Corporations “want more out of their investment,” said Dr. Michael Pfahl, a sports administration professor. “They want the activation to be creative and touch a lot of segments of their fan base.”

In this new era, the best sports sponsorships focus firmly on digital and social media elements, allowing for unique opportunities to interact with fans. These five creative sports sponsorships show the variety and innovation that companies are seeking in partnerships across sports.

Do you know Larry “the Dr. Pepper guy” Culpepper? You probably do. During college football season, he was all over Dr. Pepper’s advertisements and even showed up during games. The soda company has presenting sponsorship rights for the College Football Playoff until 2026, but chose to move on from its beloved Larry Culpepper to pursue new advertising paths. The company stated, “Larry Culpepper has been a great part of our Dr. Pepper college football sponsorship for the past four years and has helped us delight fans throughout the season. With the renewal of our college football sponsorship, we’ve decided to take our football-related advertising in a new creative direction and are planning an all-new campaign this season.”

Larry Culpepper videos were a hit on social media, and the character quickly became synonymous with the playoff. The announcement of his “retirement” spurred online petitions and Facebook groups. Still, there’s plenty more to Dr. Pepper’s sponsorship.

The other half of Dr. Pepper’s push involves giving away hundreds of thousands in tuition money on live television annually. The “Dr. Pepper Tuition Giveaway” showcases stories about college students across the country who compete to earn money to bring them closer to their dreams. The company then has eight finalists compete at four events for a $100,000 check. By leveraging social media, Dr. Pepper reaches the key younger demographics that can keep its brand alive for the foreseeable future.

IBM and the Masters

In many ways, IBM’s broad relationship with the annual Masters Tournament at Augusta National showcases the full breadth of innovation in sports sponsorship. The company has been a partner with the Masters since 1996, capitalizing on golf’s popularity among upper-income business owners.

Today, IBM develops and maintains the official website, Android app, iPhone app and iPad app for the Masters. IBM began streaming portions of the event in 2006 and today allows a window into Augusta throughout the entire week. The first time any major sporting event was streamed in 4K resolution was in 2016. The company has integrated its IBM Watson cognitive technology to measure and analyze the Masters as well as social media engagement. In 2019, IBM is using the enterprise-grade AI of IBM Watson to produce highlight reels of an entire round in just three minutes.

Pursue a Career in Sports Management

Sponsorships are an integral part of the business of sports. Understanding the best sports sponsorships can help those interested in pursuing a career in sports management. Campbellsville University offers an online master’s in sport management that focuses on the business dynamics of the sports industry.

Because the company’s partnership with the Masters works on several levels, IBM is not the average brand seeking out massive sports sponsorship opportunities. It showcases the power and variety of services that IBM offers, while still capitalizing on the company’s key audience.

Adidas and the World Cup

Months before the first game of the 2014 FIFA World Cup began, Adidas gave the soccer ball that would be kicked its very own Twitter account. Adidas’ “Brazuca” ball tweeted about the state-of-the-art technology behind its creation, content surrounding Adidas-sponsored competitors in the world’s biggest sporting event and, of course, the results of matches throughout the tournament.

The push behind Brazuca not only helped Adidas connect with soccer fans before the World Cup but also assuaged concerns from the previous World Cup about ball quality. The product Adidas made in 2010 was highly criticized, and, in many ways, Brazuca helped Adidas to take control of soccer ball-related narratives. Adidas received mentions from celebrities like Justin Bieber and Pharrell, enticing fans to join in the fun.

Today, this sports sponsorship partnership continues. The relationship between FIFA and Adidas dates back more than 40 years. Each year, Adidas provides the official match ball for the World Cup and is involved with other FIFA events.

Microsoft and the NFL

When Microsoft and the NFL struck a sponsorship deal for $400 million to make the Surface the official tablet of the NFL, most players and commentators still referred to the tablets as “iPads” or even “knockoff iPads.” But since the deal began in 2013, it has quickly evolved into an innovative relationship that stretches beyond the sidelines. Not only does Microsoft get its product and logo displayed prominently in America’s most-watched league, but it’s offered some of the same advanced tools to consumers.

The partnership brought the launch of Next Gen Stats in 2015. The company used sensors in players’ equipment to track where they are on the field. Fans received access to these new statistics at any time on their NFL apps across several platforms. Microsoft even designed an app that allows fans to track all NFL action while watching a game on TV.

Furthermore, the Surface helps coaches, players and referees during the game. According to Windows Central, “The near real-time delivery of color images to the Surface replaced black and white photos that had to be printed, sometimes laminated, bound in a binder and delivered to the sidelines in the past. Additionally, referees can view instant replays right on the field increasing the game’s speed.”

Microsoft’s partnership showcases its wide variety of technology products. By partnering with the NFL, Microsoft gains a constant and innovative presence in some of the most-watched television of the year.

Much of the talk about baseball these days surrounds its lack of popularity among youth. However, Major League Baseball’s partnership with the mobile social media app Snapchat is clearly a play to reverse that trend.

The MLB uses the Snapchat stories feature to bring together videos and photos of MLB fans at ballparks across the country each week. These stories are visible to all of Snapchat’s 190 million daily users. “We live in a world now where tens of thousands of fans have a phone and a camera, and they’re sharing moments they care about,” said Ben Schwerin, director of partnerships at Snapchat.

In 2016, Snapchat expanded the deal allowing players to stream live video from the dugout and more during spring training using a selfie stick they call a “SnapBat.” This gave Snapchat users a backstage look at the MLB.

This partnership showcases the next frontier of sports sponsorship, although no money is reportedly being exchanged. Snapchat and platforms like it give brands an opportunity to showcase sponsorship in new ways. This sponsorship increases brand visibility in a creative way, offering limitless opportunities.

The New Frontier of Sports Sponsorship

Sponsorships are an integral part of the business of sports. Understanding the best sports sponsorships can help those interested in pursuing a career in sports management. Campbellsville University offers an online master’s in sport management that focuses on the business dynamics of the sports industry. The fully online program is ideal for working professionals seeking a flexible education.