Since its second enrollment period ended in March, Kentucky’s health benefit exchange has been celebrated by state government leaders as a success story of the Affordable Care Act. Known as Kynect, the exchange has provided thousands of uninsured citizens with health insurance coverage. It has also drawn its share of controversy.

Although much of the discussion surrounding Kynect and the Affordable Care Act has focused on their political implications and other debates, little has been said about how the changes to Kentucky’s healthcare system have affected patients, nurses, doctors and hospitals. With two enrollment periods complete, how has Kynect worked and what benefits has it provided the state?

The primary emphasis of the Affordable Care Act was giving the 3.8 million Americans without health insurance an opportunity to become insured. The primary method of providing coverage was through health benefit exchanges, which were created by both the federal government and some states. Kentucky Governor Steve Beshear and his administration elected to develop a state-based exchange to make finding coverage easier for Kentuckians. Thus, Kynect was born.

The Objective and Goals of Kynect

On its website, Kynect promises to provide “individuals, families and small businesses with easy, one-stop shopping” to find the healthcare coverage they need. Although the site is open for applications 365 days a year, the majority of health insurance plans are available during the three-month enrollment period that stretches from Nov. 15 to Feb. 15 of each year.

Kentuckians can use Kynect to obtain health insurance, as required by the Affordable Care Act. The site allows applicants to compare plans and check whether they’re eligible for Medicaid.

What Kynect Does Differently

While the federal government created a national health benefit exchange called HealthCare.gov, Kentucky and 14 other states developed their own marketplaces. This immediately paid dividends when the national marketplace encountered countless issues upon launch. Meanwhile, Kentucky’s simple but robust Kynect system outperformed all expectations.

with National Public Radio, Beshear described what his administration did differently in building Kynect: “Our folks at the health cabinet and the Medicaid department were all intricately involved in designing this website, and they worked with the vendors.”

Beshear explained that the process of building Kynect focused on user experience. Kynect has yet to have the significant problems that followed the launch of HealthCare.gov. Kynect also involved insurance agents, who now have more clients to work with. The site even allows users to check eligibility for programs like Medicaid without creating an account.

Kentucky’s extensive effort was recognized as a success by state residents and national observers. Soon enough, the Bluegrass State became a poster child for demonstrating how to implement the Affordable Care Act well. Countless news outlets, from The New York Times to Fortune magazine, declared Kynect a success. Beshear and his cabinet were praised for creating a user-friendly website that was easy to navigate.

As a result of Kynect’s well-organized interface and a strong marketing campaign, uninsured Kentuckians signed up for health coverage in droves. The state reported more than 413,000 applicants enrolling during the first enrollment period that ended in March 2014. Of those who registered, about 75 percent previously lacked health insurance. Those residents gained improved access to preventative care and other benefits.

Impact on the Individual

When discussing Kentucky’s commitment to Kynect and the Affordable Care Act, Beshear touted “untold health benefits for the commonwealth.” By providing uninsured citizens with health insurance, the state expects to eventually save money because more people will engage in preventative health measures. The benefits of Kynect are potentially far-reaching.

How to Obtain Health Insurance via Kynect

Applications on Kynect are completed either online or on the phone. Users can create an account, begin their application and answer a series of questions. Unlike submitting a paper application and waiting for a response, individuals see what options are available to them right away.

Easy-to-understand descriptions of all available plans are provided. Users can also call customer service representatives with further questions. If eligible, a user will be able to apply for certain programs such as Medicaid or payment assistance.

The robust healthcare marketplace of Kynect offers a variety of services for potential applicants. These benefit not only individual users but also other groups. The services include:

The site has a wide variety of resources available to all users that can help them better understand what Kynect offers.

Cost to the Individual

Kynect is not only making healthcare available to the uninsured, it’s making it affordable. Beshear offered the following examples of how Kentuckians will save. 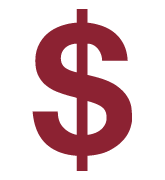 By reducing the monthly cost of insurance, it makes far more sense for the uninsured to apply. They can reduce out-of-pocket costs and have easier access to health treatment.

Impact on the Healthcare System and Professionals

What Does It Mean for Nurses and Doctors?

In many ways, Kynect is helping healthcare providers. By allowing the uninsured easier access to healthcare, providers are reaching more patients than ever before. Although it is still early to study concrete numbers, doctors and nurses should see a higher volume of patients. Unfortunately, this could add to the current and anticipated shortage of nurses and physicians.

One major tenet of the Affordable Care Act is the end of discrimination against patients with pre-existing conditions. Doctors and nurses may now treat patients who could not obtain or afford health insurance because of a pre-existing condition. Plans on Kynect also have no annual limits, so patients no longer have to wait until a specific date to get the care they need.

What Does It Mean for Hospitals? 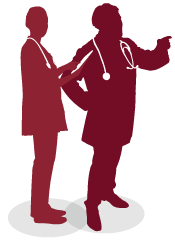 The Affordable Care Act also sought to improve the quality of care in hospitals, both in Kentucky and across the country. An increase in insured Americans will add to the number of patients for hospitals. Some might suggest that could overpopulate healthcare facilities and dumb down service.

It’s clear that Kynect has been a boon for the state healthcare system. The Affordable Care Act will remain an issue in politics, especially after costs to the state are measured. And as the system grows, new challenges will arise. More nurses, doctors and healthcare administrators will be needed to serve Kentuckians. Tomorrow’s professionals will have the chance to improve the overall well-being of Kentucky and the nation. Learn more about meeting this demand through Campbellsville University’s online RN to BSN program.