› The Need for Probation and Parole Reform 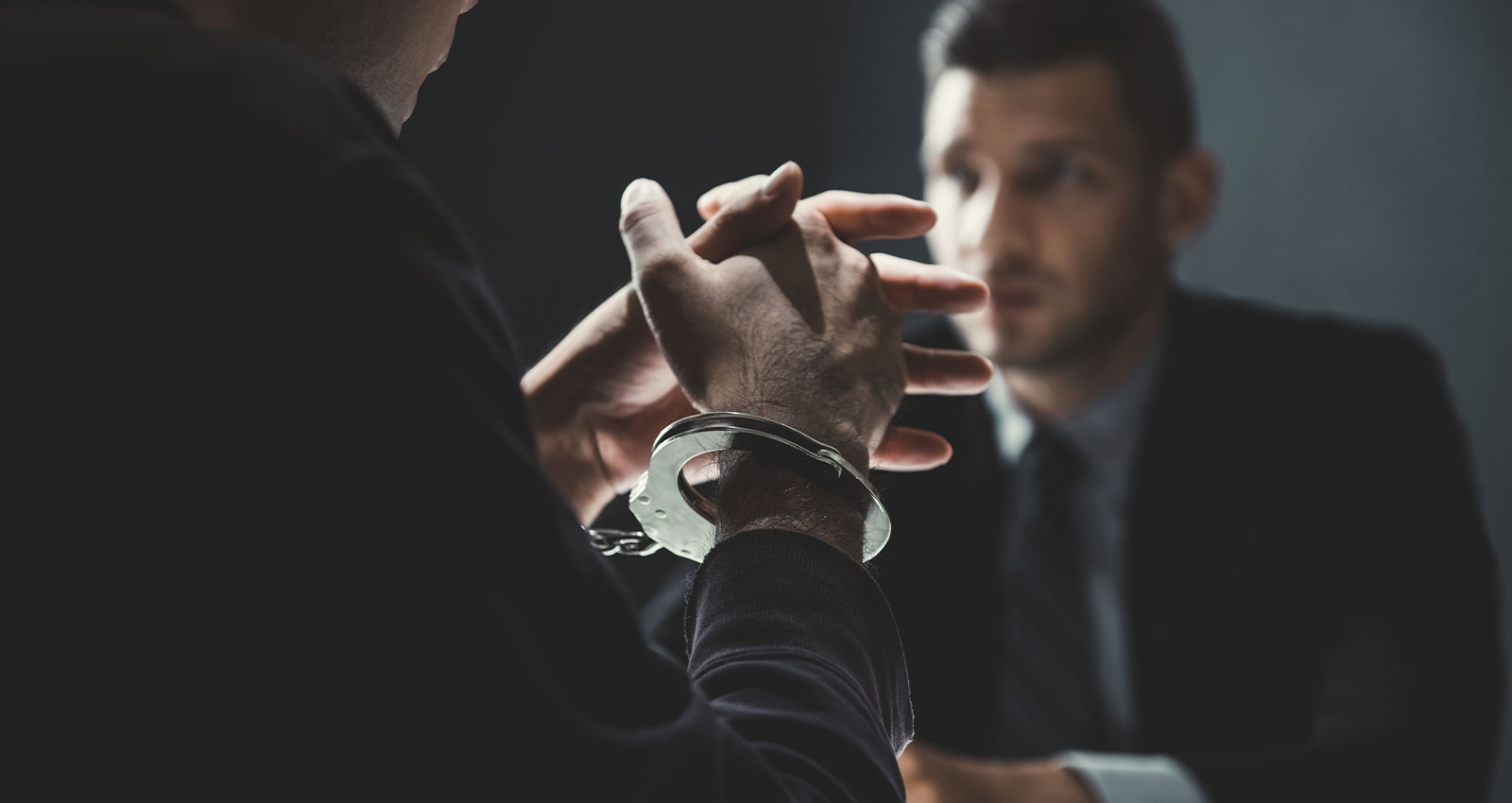 Perhaps the largest conversation in criminal justice in recent years has centered on the U.S. prison population that skyrocketed between the 1980s and late 2000s. According to Pew Research, “Starting in 2007, policymakers seeking to protect public safety, improve accountability, and save taxpayer dollars initiated a wave of bipartisan reforms that has reduced the number of people behind bars in many states.

“Yet this movement has largely overlooked the largest part of the correctional system: community supervision,” the article continued.

Fewer people may be behind bars, but probation and parole have not followed suit. The most recent data says that 4.5 million people in the United States are on probation or parole, which doubles the incarcerated population across state and federal prisons and local jails. As a result, the community supervision system has become overloaded, leading to questions surrounding its effectiveness. And as piece in Next City noted, the financial impact is considerable. In 2017, 25% of people who entered prison in 2017 were there because of non-criminal, technical supervision violations that amounted to $2.8 billion.

More of the conversation needs to focus on probation and parole reform, but awareness is lacking. “Mass supervision is the largest and most forgotten part of the system,” Vincent Schiraldi, co-chair for the steering committee at reform initiative EXiT (Executives Transforming Probation and Parole), told Next City. Understanding how probation and parole contribute to inefficiencies in the system is essential to making positive changes.

Probation refers to a sentence of conditional release involving a convicted individual being released to the community under conditions and supervision of the court. For a specified period of time, the probationer is assigned to a supervision officer who is responsible for assessing the probationer’s risk to the community and ensuring compliance to court-imposed conditions of release (like curfew, abstaining from drug use, and submitting to warrantless searches). Probation is the most commonly used form of criminal sentencing.

Like probation, parole involves release to the community under conditions and supervision of the court. However, parole is not an alternative to incarceration — it’s an administrative release after serving time in prison. Prisoners may be released from imprisonment before their sentence expires if they’re not a risk to society and if they’re willing and able to meet conditions set by the parole board.

The model of community supervision has witness changes from its inception to the present day. Add in the increasing numbers of people on probation and parole, and it’s easy to see how only a couple of factors begin to create issues in the criminal justice system. A brief look at the literature on probation and parole can shed light on the topics that reform measures need to address.

The idea behind probation began with an 1800s boot maker from Boston. John Augustus, a successful and religious boot maker, asked a judge to defer a sentence for a man charged with being drunk for a “probationary” period. The judge agreed to release the man in Augustus’ custody, and at the end of the sentence, Augustus convinced the judge that the man was reformed. A nominal fine concluded the situation.

According to Adam Matz in The Encyclopedia of Corrections, Augustus posted bail for more than 1,800 people. He focused efforts on people he deemed most responsible to rehabilitation — mostly first-time offenders who committed minor violations or offenses — and the state gradually took note of Augustus’ success. Massachusetts established a formal juvenile probation mandate by 1878, and by 1956, every state in the country passed probation supervision laws for adults and juveniles.

Early probation officers were volunteers. As workloads grew, they became paid professionals, with most probation officers coming from law enforcement. That eventually created problems. “Although a formal occupation, early probation work occurred under loosely comprised goals and ideologies, with a largely social work strategy relying on rehabilitative techniques,” according to Jill Viglione in The Encyclopedia of Crime & Punishment. “This work often conflicted with law enforcement goals, which emphasize control and authority. Therefore, from the very start, the field of probation was characterized by unclear and contradictory goals of rehabilitation/reform and law enforcement/control.”

Probation has experienced a number of major changes since then. In the 1960s and 1970s, weaknesses of the brokerage model were exposed, including probation officers referring probationers to community resources and services instead of providing those services directly. And then, over the next three decades, a shift began toward a law enforcement or supervisory model emphasizing surveillance and monitoring over rehabilitation.

More recently, probation agencies are experiencing a push toward evidence-based practices, and the current emphasis is the risk-need-responsibility model. It outlines basic principles of risk, need, and responsivity to create effective interventions tat ultimate improve treatment for offenders and reduce future offenses. Unfortunately, research shows that probation officers struggle with many aspects needed to work within the model. For instance, many probation officers seek more restrictive measures on risk and need assessment instruments than needed, and those instruments are widely underutilized. The responsivity principle poses additional problems, as cognitive-behavioral skills while interacting with probationers are required to fulfill their (new) role as change agents.

As probation officers grapple with the complex skills needed to become change agents, parole agents face a similar struggle. They too are trying to balance law enforcement officer and social worker roles, and given the overwhelming number of parolees that agents oversee, they’re struggling.

Some critics question whether there’s a conflicting nature in those dual obligations. According to The Encyclopedia of Corrections, safety and security dimensions of their jobs are prioritized, leaving the service role as an afterthought. Ideally the former is obtained while parole agents are able to help parolees obtain employment, housing, and access for their physical and mental health needs. But in practice, that may not be happening, leading some to question whether parole itself is effective. In one report from the U.S. Department of Justice, more than 67% of offenders released from prison in 2005 were rearrested within three years of release.

Part of the problem is with parole agents’ responsibilities. They certainly experience stress and role conflict surrounding the need to balance two major and potentially opposing goals. And there’s general agreement about their caseloads being too large. Another major issue surrounding parole agents is the difficulty recruiting and retaining good agents. They’re not paid well and they’re often blamed for crimes that parolees commit.

Other problems for parole extend beyond parole agents. According to Smith, parole boards are a source of controversy. Boards are typically either part of a department of corrections or an independent agency, and while the latter is less influenced by politics and can base decisions on research, they may lack experience in corrections. The composition of parole boards can vary, and some states don’t have written for qualifications — community members who have no experience or education in corrections can be selected to serve on parole boards.

Finally, parole has been controversial since its inception, leading to many political debates surrounding its effectiveness. For instance, the public often perceives it as people “getting off easy” and there’s fear that judges have too much discretion. Another political topic is how the use of parole varies by state, sparking debate in certain states. For instance, the majority of inmates in California’s prisons are parole violators, according to Federal Probation. The state is only one of two states (with Illinois) that has determinate sentencing and applies parole supervision to nearly everyone released from prison through mandatory parole. Those distinctions and strict parole policies that are sometimes inappropriately used to revoke parole contribute significantly to prison overcrowding problems, Smith pointed out.

Originally, community corrections intended to not only undermine growth in prison populations but help people who had broken the law to get their lives back and become responsible in the community. But in the words of a study from Harvard Kennedy School, “as our nation grew increasingly punitive over the last four decades, the ethic of community corrections too often shifted from its original mission to one of ‘trail ‘em, nail ‘em, and jail ‘em.’” That system “destabilizes communities, undermines the legitimacy of correctional agencies, erodes trust between communities and authorities, and increases recidivism among those under supervision,” it added.

Campbellsville University is fully accredited by the Southern Association of Colleges and Schools Commission on Colleges (SACSCOC).