Between 2000 and 2010, the U.S. Centers for Disease Control and Prevention reported a 55 percent increase in heroin-related deaths. Kentucky has experienced the full force of this surge in usage, replacing the prescription pill problem that recently ravaged counties. Both the pill problem and now the heroin epidemic have caused Kentucky to devote extensive criminal justice resources to drug prevention. These programs have pumped tens of millions of dollars into the criminal justice system with the hope of preventing drug use across the state.

An Overview of the Drug Problem in Kentucky

When OxyContin was approved by the Food and Drug Administration in 1996, the agency began to understand that the diversion and abuse of prescription drugs was increasing. The drug was originally intended for use for just “a few days.” However, once the product was approved for wider use, aggressive marketing campaigns exploded the drug in popularity. By 2000, the media began reporting on abuse of the drugs and thus began the prescription drug abuse epidemic that would take hold in Kentucky.

The Rise in Prescription Pill Abuse

According to a state report released in 2011, nearly 60 percent of Kentuckians had a prescription to hydrocodone in 2003. This made Kentucky the top user of the drug in the country, and that figure reached as high as 73 percent by 2009. The growth had extensive consequences on citizens, with prescription drug use mortalities skyrocketing. From 1998 to 2008, treatment admissions in Kentucky rose from one per 10,000 to 10 per 10,000. This 900 percent increase flooded treatment centers and crippled the criminal justice system.

Kentucky’s prescription drug overdose mortality rate rose above the national average for the first time in 2001. This came after a 42 percent increase in deaths in the state, compared to just 10 percent for the entire country. From 1998 to 2008, the rate grew 26 percent annually, compared to 10 percent nationally. Kentucky was the epicenter of the national prescription drug problem.

Responding to the Problem

Kentucky officials and legislature took action in 2012, when they passed the landmark House Bill 1. This bill required all pain-management clinics to become licensed, cracked down on doctors prone to pushing pills and required prescribers to use a monitoring system. The law also gave law enforcement easier access to drug monitoring tools. Add this to the reformulation of OxyContin and Opana, and suddenly pills were harder to get a hold of and abuse.

The lack of availability and steady demand shot up the prices of pills. Before the new legislation, OxyContin was less than $20 on the open market, but has since ballooned to $80 per pill. This worked in reducing the pill problem, but opened the door to a new issue: heroin.

According to Louisville’s newspaper, The Courier-Journal, just 3 percent of the 1,023 overdose deaths in Kentucky in 2011 were attributed to heroin. In 2013 that number rose to 31.9 percent. House Bill1 had done its job, almost too well. As the price of pills on the open market rose, heroin became more and more attractive for users needing a fix. Compared to $80 for a pill of OxyContin, a bundle of heroin is $25. 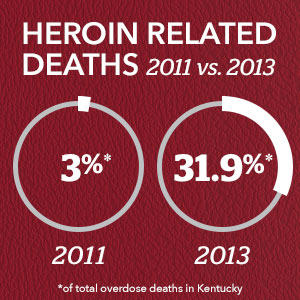 Rather than force addicts to get clean, they found heroin as the next best thing. The results have been devastating as Kentucky’s tragic pill problem has now become a heroin problem. Jennifer Hancock of Volunteers of America in Kentucky told The Courier Journal, “I wish I could say there’s an end in sight. But I’m worried what we’re seeing is just the beginning.”

Now, legislature and criminal justice officials are trying to figure out how to fix the heroin epidemic. Several bills were introduced during the 2015 Kentucky legislative session, and it was uncertain if the legislature would reach a compromise on how to solve this new problem. 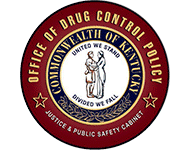 Between the rise in prescription drug usage and heroin, the Drug Enforcement Administration has had to grow and shift to address the rapidly evolving problems. The Office of Drug Control Policy is the primary group coordinating Kentucky’s response to drug prevention. They operate many of the programs focused on reducing substance abuse, both related to criminal justice and not.

In 2013, the Kentucky budget allocated $1.67 million for the fiscal year. Over $1.5 million was handed out to the 78 county and regional boards of the group, which does small scale drug prevention operations in their communities. About $10,000 goes to the Partnership for a Drug Free Kentucky, an antidrug group that receives funding from several other sources.

In 2011, only one person was arrested on heroin trafficking charges. A year later that number rose to 53, and in 2012, 71 were arrested on the charge. In 2014, the number breached the 200 mark. With Louisville being an entryway for much of the heroin that moves throughout the state, this goes to show just how much of the drug is coming in. Just one kilo of heroin can go to over 30,000 users.

The Kentucky State Police crime lab processed 451 samples of heroin in 2011, just as the prescription drug boom was cresting. In 2013, that number skyrocketed to 2,382 in only the first nine months. Police have been inundated with heroin problems, and the 2,400 beds in treatment facilities are typically far from the extremely rural counties where heroin thrives.

The Epicenter of an Epidemic

A massive report from the Huffington Post called Northern Kentucky the “epicenter of the heroin epidemic.” Three of the counties that make up the region — Campbell, Kenton and Boone — are among the top 10 counties in the state hit by the crisis. Between 2011 and 2014, heroin overdoses in the region’s five hospitals increased 669 percent. The report told story after story of the tragic and horrifying consequences for people caught up in heroin addiction.

What’s Being Done About Drug Abuse in Kentucky

With the heroin epidemic having a wide variety effects on the criminal justice, health care and rehabilitation systems of Kentucky, officials from a variety of fields are scrambling to tackle the problem. Although the problem is very much still growing and changing, there have been some successful efforts to help the thousands of heroin addicts in need. 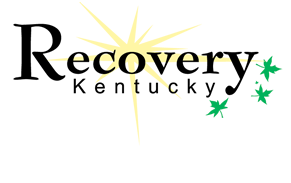 The Kentucky Department of Corrections created Recovery Kentucky to help organize the part of the courts system for recovering addicts. Their beds were once filled with those addicted to the pills, but now, more than nine of every 10 beds is home to a heroin addict. These healing centers offer 12-step programs and extensive guidance for inmates who participate. They also transition seamlessly into parole and probation, in programs aimed to help them stay clean outside in the real world.

There have been some concerns that Recovery Kentucky does not allow addicts to take Suboxone, a drug that can blunt withdrawal symptoms and cravings. Many of the centers that are part of Recovery Kentucky claim the drug and others like it do not allow a truly clean recovery. However, several federal agencies have recommended the use of Suboxone, and it’s now a part of federal policy.

With the heroin program nearing unmanageable conditions, Kentucky legislators from both sides of the aisle agreed that something had to be done in the 2015 General Assembly. This came with SB 192, a landmark bill that took massive steps towards altering how Kentucky deals with this issue. The legislation allows for measures to shift toward treating addicts and not throwing them in the quickly crowding Kentucky prison system.

The bill will allow local officials to begin needle exchanges and increase the number of officials that can carry naloxone. Addicts who survive an overdose will also not be charged with a crime but instead directed to treatment services. The legislation had bipartisan support and is seen as a victory toward combating the epidemic.

There will be countless more headlines about Kentucky’s drug problems, more horrifying statistics and many more tragic stories about families ripped apart by this awful crisis. State criminal justice officials have an enormous task to tackle to help curb drug abuse, but with the right experience and the right help, there are solutions. Hopefully in the not so distant future, addicts around Kentucky and the country will find a way out.

With a quality education, you can turn a passion for protecting others into a career in criminal justice. Learn more about the benefits of an online criminal justice degree at Campbellsville University.