The assumption about Kentucky’s economy is that the state has three main exports: fried chicken, tobacco and bourbon. However, the reality is that the Bluegrass State’s economy is far more complex and diverse. And with new industries emerging, now is an exciting time for business professionals in the commonwealth.

Kentucky’s most well-known brand is probably Kentucky Fried Chicken, which benefits from the legendary Colonel Sanders and his “original recipe.” But there is much more to the Kentucky economy than KFC. With Louisville and Lexington leading the way, Kentucky’s economy is well positioned for the future. 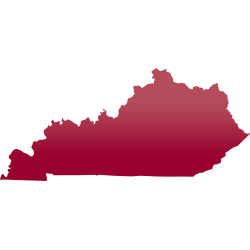 According to the U.S. Bureau of Economic Analysis, Kentucky had a gross domestic product (GDP) of $189.7 billion in 2013, ranking at 29th among the 50 states.

Kentucky is known for farming, specifically breeding horses and growing tobacco. Data from 2008 presents a snapshot of the agriculture industry. Agriculture was the 18th largest industry in the state and contributed $2.38 billion to the Kentucky gross state product, or 1.5 percent. 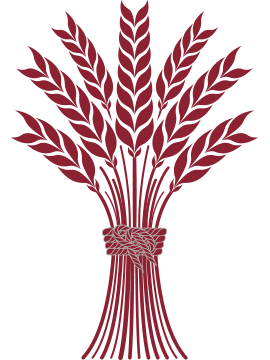 Kentucky ranked fourth nationally in the number of farms, despite significant declines for decades. In 1980, the number of farms was near 102,000, but that figure had dropped below 85,000 as of 2008. The average size of each farm was 164 acres, only one third of the U.S. average.

Historically, tobacco has been the largest agricultural product in Kentucky in terms of cash receipts. But horses, poultry and cattle surpassed tobacco following the tobacco buyout of 2004, a federal law that eliminated the direct payments farmers received from manufacturers and removed restrictions on where tobacco could be grown. This moved production out of the state and into others with more favorable weather conditions.

A report from the Kentucky Energy and Environment Cabinet shows that more than 30 percent of Kentucky’s electricity was fueled by coal in 2013, mostly because electric utilities continue to use coal in their power plants. The remainder of Kentucky’s coal went to power plants in 17 different states. Kentucky was third in the nation for coal production. The coal mining industry generated millions in tax revenue for the state, and it employed nearly 12,000 Kentuckians.

The negative environmental connotation associated with coal has had several effects on the industry. The Environmental Protection Agency (EPA) has been seeking to improve the coal mining industry and its impact on the environment. In addition, high-profile mining accidents have led to new safety measures in the industry.

Many supporters of the coal mining industry have alleged the EPA is waging a “war on coal” and that continuing the current course will have severe consequences for Kentucky’s economy. They contend that the EPA’s actions have been too aggressive. 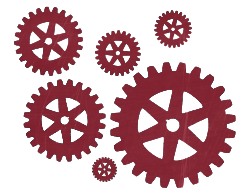 As the U.S. economy slipped out of the recession, the manufacturing industry was one of the fastest to rebound. Kentucky has been at the forefront of this positive trend. According to the National Association of Manufacturers, the industry accounted for 18.3 percent of Kentucky’s total economic output in 2014. Manufacturers employed 12.4 percent of Kentucky’s workforce. And since 2009, the manufacturing output in the state has risen nearly 70 percent.

Ford, Toyota and General Motors all have vehicle production facilities in Kentucky. Over the years, the companies have been invaluable to the overall growth of the state’s economy. According to a June 2015 story in The Courier-Journal, one of every 13 dollars in Kentucky’s economy is tied to the auto industry. Recent investments made by Ford and GM have contributed to Kentucky’s manufacturing boom.

The massive presence of UPS in Louisville has had an incredible impact on the state and its manufacturing industry. By becoming the UPS hub for much of its North American activity, Louisville has been able to offer area businesses an easier way to manage logistics. In 2013, the UPS Worldport was handling 416,000 packages per hour and serving all major domestic and international hubs. With more than 20,000 full-time workers, UPS was one of the largest employers in the state.

UPS has been one reason for economic growth in both Louisville and surrounding counties. Companies of all sizes want to take advantage of the benefits of shipping with UPS. The Worldport has brought big names — most notably, Amazon — to Louisville and helps make the city attractive to businesses.

Amazon’s arrival in Kentucky occurred when the online retail behemoth purchased Zappos in 2009. Zappos is located in Bullitt County, just south of Louisville International Airport. Amazon employed about 7,000 full-time workers across the state in 2014, including 2,000 workers at a distribution center in Campbellsville — a major boon for Kentucky.

There is plenty about Kentucky’s economic future to appeal to business professionals. For example, the bourbon industry and the startup scene are two emerging industries that show great promise.

Kentucky is internationally known for its bourbon, which has had a meteoric rise in popularity in recent years. According to a 2014 Fortune magazine story, domestic whiskey sales have soared 40 percent in the past five years. Kentucky produces nearly 95 percent of the bourbon in the world and has benefited significantly as a result. 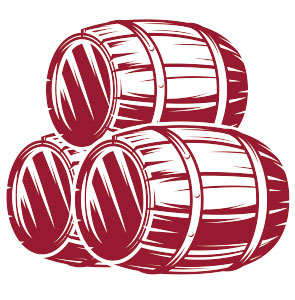 Large companies like Jim Beam and Brown-Forman have reaped the rewards of this growth, but smaller craft distilleries have sprung up almost overnight. According to a study commissioned by the Kentucky Distillers’ Association, employment at distilleries has jumped 23 percent since 2010.

This growth should continue as the world demands more bourbon. The Kentucky Distillers’ Association estimated in 2014 that distilleries will spend about $630 million on capital projects over the next five years, improving the job market and the economy.

No, Kentucky does not have a Silicon Valley. But cost of living is low and office space is plentiful. There are numerous benefits for companies interested in launching a startup in Kentucky, mostly involving tax subsidies. Successful businesses like the news aggregator Fark and printer manufacturer Lexmark were founded in Kentucky. Although there is still work to be done, the Bluegrass State has the potential to be a haven for startup success.

A Bright Future for Business Professionals

There is no better time to embark on a business career in the Bluegrass State. New ventures are starting, bringing the prospect of growth to several industries. Campbellsville University offers an online MBA for business professionals to gain the knowledge necessary to thrive in Kentucky. The online degree program provides a quality education in an accessible and convenient way so that business professionals can bolster their credentials while pursuing their dreams.