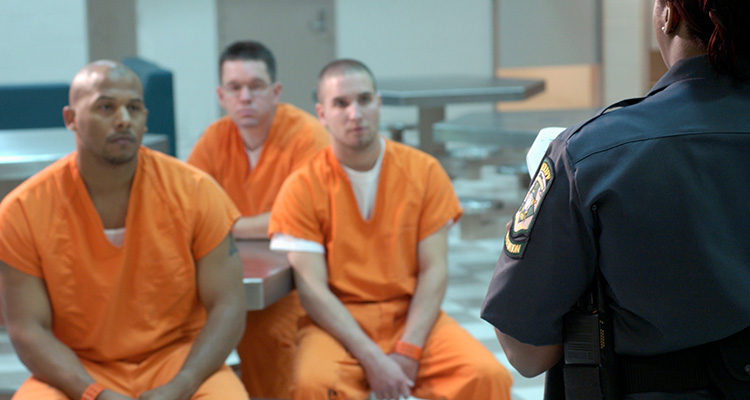 The same poll reports that 86 percent of police officers feel their jobs are harder after a number of high-profile incidences between police and blacks. And, while most police officers (67 percent) believe that the deaths of blacks during encounters with police are isolated incidents, 60 percent of civilians surveyed feel these incidents point to a broader problem.

For those in criminal justice, public trust is an important part of being able to do the job effectively. When the public believes that those who enforce the law are not doing so in a fair or ethical way, cooperation between law enforcement and the public begins to erode. In order to handle ethical issues in criminal justice, the International Association of Chiefs of Police publishes a code of ethics that acts as the foundation upon which ethical practices in law enforcement are built.

Pursue a Career in Justice!

Further your knowledge of the law, criminology, and victimology with Campbellsville University’s online Master of Science in Justice Studies.

The Law Enforcement Code of Ethics was adopted in 1957 and is the “preface to the mission and commitment law enforcement agencies make to the public they serve.” It consists of five basic principles.

The duty of police officers is to serve the community where they work. This means safeguarding the people within the community and protecting them against deception, oppression and violence as well as protecting their property and ensuring that their constitutional rights are respected.

Police officers must act with honesty and integrity, courage in the face of danger and self-restraint. They must keep their private lives separate from their professional duties and must be exemplary when obeying and upholding the law.

Personal grudges, prejudices, political beliefs, aspirations and friendships have no place in the decision-making process of an officer of the law. A police officer must always uphold the law without compromise, favor or malice.

Respect the Badge and the Office

The badge is a symbol of public faith. Every action a police officer takes in pursuit of his or her duty reflects upon that symbol and upon the department that officer serves. Corruption, bribery and obstruction of justice for any reason are unacceptable.

Police officers are solely responsible for maintaining their standard of professional conduct and must take every reasonable action to maintain and improve that standard of conduct.

While the Law Enforcement Code of Ethics is clear and unambiguous, police must often make decisions in the moment in situations that are ambiguous. Criminal justice is a high-pressure, high-stakes calling, one where mistakes can happen and where the consequences can be disastrous. There are common actions that violate the Code of Ethics; they  may also violate police policy and the law.

Police officers interact with violent individuals, and sometimes force is required. However, criminal justice ethics require that any force used in the line of duty be appropriate to the situation. Lethal force is a last resort and should only be used to preserve the officer’s own life or the life of another.

Once a subject is arrested, a confession is often necessary in order to secure a conviction. However, police officers should remember that they are exemplars to the community; deception and intimidation are unacceptable tactics when securing a confession.

Decisions Based on Bias

A police officer’s duty is to uphold the law. Allowing personal beliefs, whether they’re political, religious or otherwise, to influence the way officers discharge their duty is unethical. Police officers uphold the law; they do not interpret it based on their own beliefs.

Hostility Toward a Group

When hostility toward or bias against a particular ethnic, religious or other type of group affects one’s duties, it is an ethical violation. All Americans deserve the same rights and protections under the law; it is not a police officer’s place to apply the law selectively to different communities.

Pursuing a Career in Criminal Justice

While a signed code of ethics is important when ethical violations occur, the policy makers and administrators who enforce these codes are the primary safeguards against violations. An online master’s in justice studies from Campbellsville University can set you on the path to understanding the legal and ethical concerns surrounding criminal justice and law enforcement.